Notice that the green ball flies from hand to hand and is always thrown as one of the two ball multiplex throws.

The orange ball is only thrown and caught by the left hand. One throw alone and one throw as part of a two ball multiplex (with the green ball).

Loh Koah Fong is a systems analyst working in Nanyang Technological University. He was inspired by the Georgian Shuffle at Colin Wright's site and was keen to develop a double sided version of the trick. 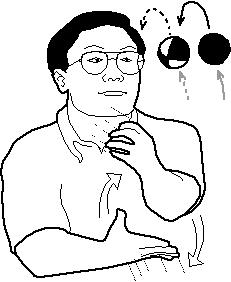 Loh Koah Fong from Singapore learned the Georgian Shuffle and balanced the pattern so both hands have the same amount and types of throws. Keeping with the geographical tradition, he calls this new pattern the Singapore Shuffle. It will be very helpful to be able to juggle the Georgian Shuffle both left and right handed for this pattern.

Every throw in the pattern is from an underarm crossed arms position. A good warm up is to juggle three balls and cross your arm underneath the other every time before you throw. The difference between this warm up exercise and the Singapore Shuffle is that the first and fourth throws of the Singapore Shuffle are multiplex throws. These multiplex throws, and dealing with the split catches, is what makes this pattern so challenging. 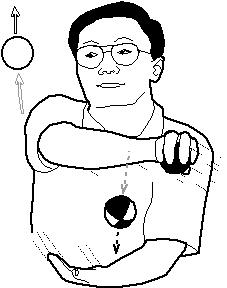 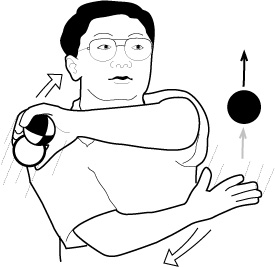 The right arm crosses under the left and the right hand throws the black ball to itself. You have just completed the first set of three throws, right, left, right, and are halfway through the pattern. 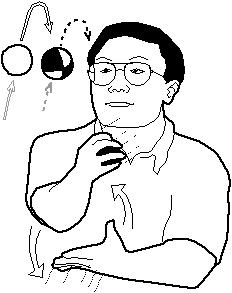 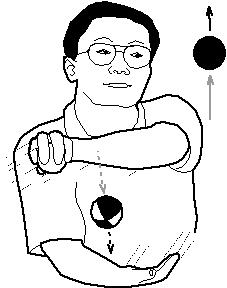 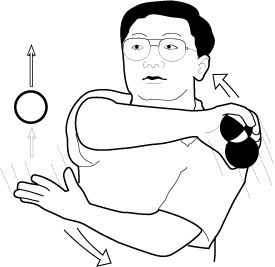 The left arm crosses under the right and throws a solitary white ball to itself. Add the black ball to the striped ball by catching the black ball in your right hand.

Congratulations, you have just completed all six throws. Cross the right arm under the left and throw both the black ball and the striped ball to continue the pattern.

It may be helpful to work on beginning this pattern with the left hand. Place the striped ball and the white ball in the left hand. Cross your left arm under the right arm and begin with a multiplex throw from the left hand.

Like most jugglers, Loh Koah Fong enjoys making things more difficult than they already are. You can extend the Singapore Shuffle so that all balls fly to all positions.

The trick is to catch the two balls in one hand with claw catches, and turn your wrist over when you make the throw. This switches the positions of the balls in the hand. Instead of a LIFO method, you now have a FIFO (first in, first out) release. In this extended version, it takes eighteen throws for the balls to fly through all the positions and return to the beginning configuration.