Hmm, have taken to wearing insulated gloves, earmuffs, and thermal underwear on the weekly public transit/bicycle forays to the land of freedom. Must be time for another year-end letter.

This year Chris thought it would be a nice gesture not to subject you to the usual, monochromatic, homemade cards and duplicate one from the antique diabolo postcards collection. As near as we can tell, the card we chose this year was mailed in 1919 by a nephew to his aunt and uncle about quleque chose or other. If Santa leaves a high-powered loupe, we may be able to explain more next year.

2009 brought a riddle. What do: 1) a virus, 2) the global recession, 3) international security, and 4) computer hackers have in common? Answer: They combined to put me out of a job. That's OK, though, it was only one of several, and I was contemplating leaving, anyway.

The ESL school where I have been teaching continued to be lots of fun for most of the year. However, all good things must end. In the fall, I began to suspect there weren't enough students to keep the school going. Sadly, the suspicion was well founded. A few weeks ago I packed up my things, the doors were shuttered, and I bid a fond "au revoir" to the remaining, puzzled students, who wondered which was worse, their teacher's French or American accent.

Even in good times the ESL field has a high turnover rate of teachers. Last spring, our school seemed to have an even higher-than-average number coming and going. At times it almost seemed that more were going than coming. Then some mysterious change took over the human resources department. Don't know if it was a final act of desperation, if the few remaining students made some special requests, or if the owners thought that lightning could strike twice. Came back from a late-summer vacation and noticed most of the teachers looked like me. There were a bunch of new bald guys in their fifties walking around. The majority of them also carried US passports. To be fair, not all of them are bald. The female American ex-pat is in her fifties, though.

In the end, a perfect storm of factors combined with a little Canadian bureaucracy to drive the school s enrollment to an unsustainable level: the H1N1 virus deterred potential students from traveling to Vancouver; the recession hit; Canada introduced a new immigration policy preventing Mexican residents from studying on just a tourist visa; and, finally, the school's web site was hacked with malware so vicious most browsers just blocked the site with a warning. A group of potential business students from Korea had applied for student visas. Their applications were turned down by a computer-savvy, Canadian immigration officer who went online to determine we were not a legitimate school.

Please don't worry, though. The ESL portion of my life continued to be fun until the end, and I may go back to it at some point. Particularly memorable were the pronunciation classes. The students were usually willing to go along with just about anything. We used lots of songs and film clips to inspire authentic, North-American accents in a modified, Lee-Strasbourg, 'method' technique of learning English. The sounds of a roomful of young Asians imitating scenes from Marilyn-Monroe movies and the nasal twangs of Bob Dylan bring a certain sense of joy and wonder. I can only imagine the reactions when these good-natured students return home and breathily wish friends and family members a "Happy birthday, Mr. President." or mumble some incoherent question to their peers asking, "How does it feeel?"

Folks with good memories may recall that a few years ago I began teaching the excellently titled course Play: Understanding and Engaging in the World of the Child for adults studying to become Child and Youth Care workers. In yet another example of the Peter Principle, this has morphed into a "child development" instructor for future early-childhood educators, as well."

Yep, the school has asked me to continue searching for my personal/professional level of incompetence by teaching a subject I know very little about. (Hmm, sheer coincidence that Chris is actually Principal of the school where the famed Mr. Peters once taught?) I suspect that my boss just didn't want to have been bothered with interviewing for the position. Since no one was hospitalized in the previous course, the school figured I could handle this, as well. The subject is so rich with history, genetics, and intrauterine information it took us six weeks just to get the poor kid out of the womb! These days I spend quite a bit of time reading, thinking, and dreaming about child development and how to make the topics accessible and interesting. Am also learning a lot more than when I studied the subject at university in the early eighties. It's like finally finishing a mystery novel, twenty plus years later. "So that's what happened to Piaget's theory."

Recently my students surprised me by pitching in to buy me a desk organizer for Christmas. I decided to not take it personally. It is handy for visiting my other classes, pointing out how nice those good students were to think of their instructor, even in these troubled times.

Are you also both overjoyed and upset with how much value iPods add to modern life? All the commuting to teach and heading south to breathe in the smell of freedom once a week is quite tolerable when combined with an iPod and a good set of noise-cancelling headphones. Frustrating is enviously watching all the young'uns easily reading what's on their screens without having to squint. This technology came along about thirty years too late just about the time most of the people I know started to go blind.

Caught up in the excitement of carrying an entire musical library around, I vowed I would add jogging to the rowing-machine regime (Oh yeah, rowed another million meters this year.) should I ever find a good combination of iPod and sport earphones. Sports psychologists and trainers have long touted the power of inspiring music to help motivate athletes. A pounding beat, timed to match and then elevate the participants' heart rates just a bit is deemed by many to provide that extra edge. Unfortunately, this looks to be another example of technology arriving a bit late. This spring found me uploading an iPod Shuffle with a personalized soundtrack to accompany the morning to-the-top-of-Stanley-Park trudge. Sadly, the best matches for these old soles were dirges. The steep section of the climb matches perfectly to a pant-along rendition of The Volga Boatmen.

All the public-transit transferring and walking in downtown Vancouver have given a heightened sense of the pedestrian's view of traffic. Several close calls have lead to a separate peace with drivers who insist on plowing through crosswalks during the pedestrians' green right-of-way, cutting us of in mid-stride so closely we can reach out and affectionately bang the sides of their cars with a hearty "hello". Am torn between asking Santa for a single, shiny, studded glove à la Michael Jackson or a nice, sturdy, steel briefcase for these all-too-frequent encounters with miscreant drivers who are just too hurried to bother following traffic signals.

This letter may mark the end of a postal cycle and the beginning of an Internet cycle. (Chris has her doubts.) Most of the past year-end letters, as well as this one, are on the Personal Thoughts section of toddstrong.com. Future year-end letters will be posted there, as well. Apologies in advance to stamp collectors. Should you have any of the early, missing letters, would appreciate a copy.

As always, Chris and I would like to wish you and yours the best for the next year. 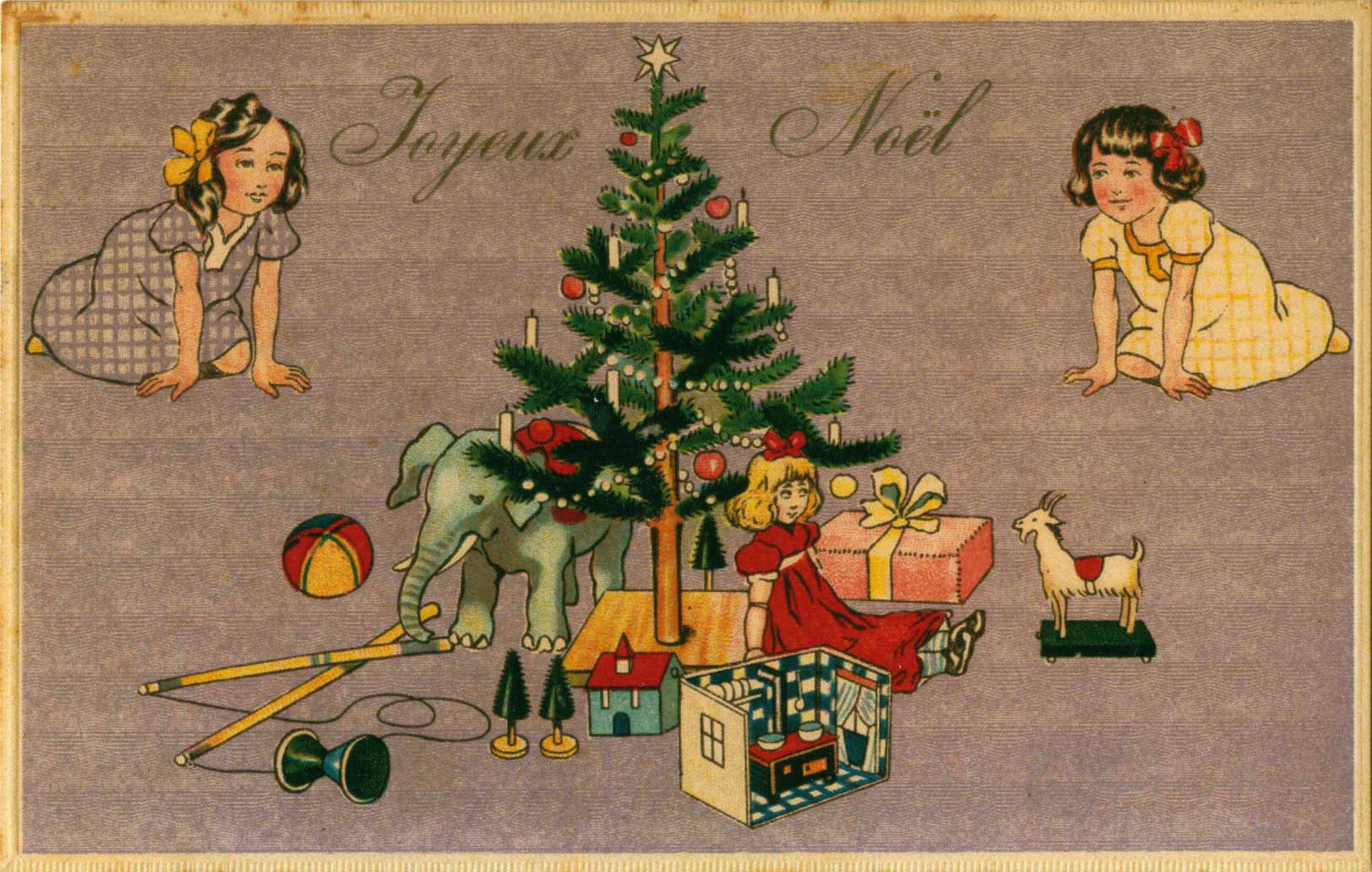 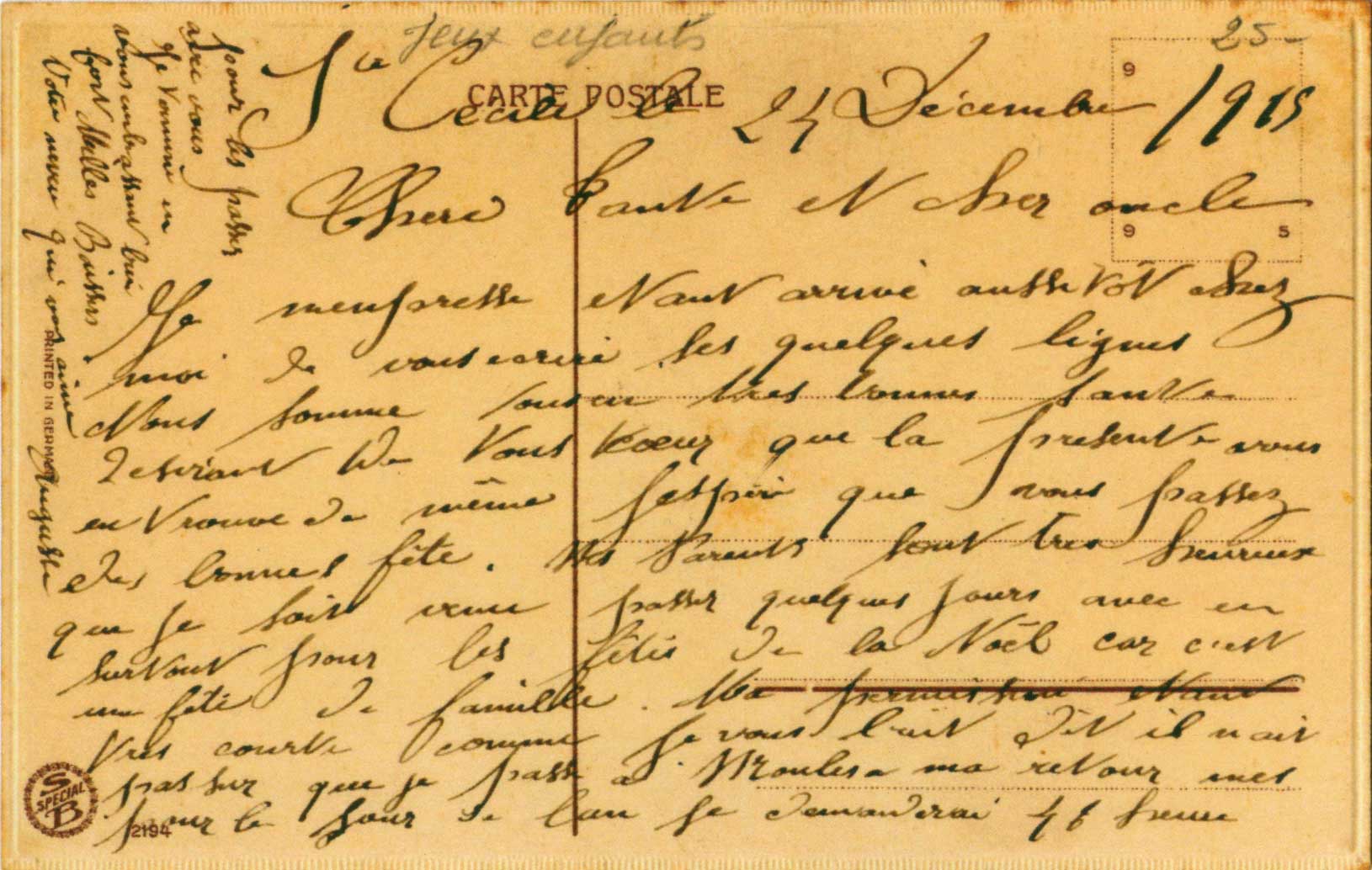